"Publicity is justly commended as a remedy for social and industrial diseases. Sunlight is said to be the best of disinfectants; electric light the most efficient policeman."

Why we did this

Government officials increasingly are conducting the public’s business in the shadows. Journalists and citizens are routinely denied even the most basic public records: city budgets and bids, law enforcement reports, court records. Many times, officials and citizens don’t understand or know the law around public records. Other times, officials know the law but create artificial reasons or delay tactics to deny releasing records. And often, records are denied because citizen and journalist requests are sent to the wrong source or agency, are too broad or are technically difficult to fulfill.

AZ Public Info is an innovative public service to help ease these issues. Assembled by the journalists at azcentral.com and made possible with funding from Arizona State University's Knight-Cronkite Alumni Innovation Award, it is a site that: 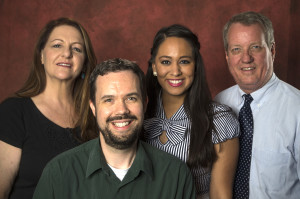 This site is possible thanks to a grant from Arizona State University's Knight-Cronkite Alumni Innovation Award, which awards ASU alumni up to $15,000 to spur innovation within newsrooms. More information on the grant can be found here.